About the Story and Author 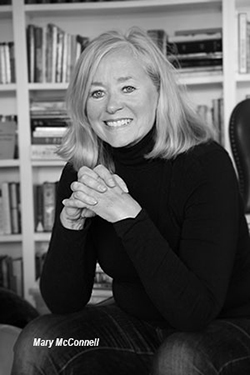 I come from a family that is prone to exaggeration about its history, so I never expected that what began as a casual search for a family name could reveal such an interesting true story. My grandfather, Frederick Lee Smith Jr., had always boasted that his grandfather had been a doctor in the Civil War and that he was related to Robert E. Lee. As it turns out, there is no family connection to Robert E. Lee, but there is a relation to Dr. Norman Smith, a Civil War surgeon with the historic “Old Sixth” Regiment Massachusetts Volunteer Militia that answered Lincoln’s call for troops in April 1861.

As I searched, to my surprise I found Dr. Smith’s and his colleague’s personal letters, newspaper references, photos, pension records, detailed biographical notes, and his Civil War revolver, sword, and surgical kit. Together these shaped a picture of a soldier, father, husband, doctor, singer, farmer, and deeply spiritual man who lived during extraordinary times and whose story reached out to be told. While the book did not start out as a story about the Sixth Regiment, I quickly found I could not tell Dr. Smith’s personal story completely without also telling the story of the regiment. It gave context for the challenges he faced during his service and for the wartime illness that would eventually kill him. The service of the “Old Sixth” Regiment, was quickly overshadowed by the dramatic military battles and enormity of losses as the war dragged on. Yet those early days of the war, with their confusion, poor communication, and lack of preparation and discipline when the stakes were so high, also reveal a compelling story that has been largely overlooked.

John Hanson’s Historical Sketch of the Old Sixth Regiment, published in 1866, was the most complete story of the regiment for many years. Since then, most of the writing about the “Old Sixth” Regiment has focused on its fight through Baltimore on April 19, 1861, for which it is most famous. But with contemporary research tools, there is much more information available now about the “Old Sixth” that allowed for a more detailed picture to emerge of the regiment including its camp conditions, health problems, and discipline challenges at the end of its service. These same research tools also made it possible to richly illustrate the story with a collection of images, historical photos, and artwork of the time. Yet this book is still at its core a personal story about Dr. Smith and not a full accounting of all of the details that I now know about the Sixth Regiment, which together could make a book of its own.

M. (Mary) P. McConnell is a retired biologist and attorney who spent her early career in government service and most of her professional life in the business world. She has done extensive research and writing about the U.S.-Dakota War that raged in Minnesota in the early years of the Civil War. This is her first work of historical biography. She lives in Minnesota and Wisconsin.

Ms. McConnell is available for select readings and lectures. To inquire about an appearance, please contact Ellen Carson Publishers at ellencarsonpublishers@gmail.com.